DF: We had our first bear sighting this morning. We were on the trail by 6:15, anticipating a long climb up Killington Peak (and, again, potentially bad weather). Just past the shelter, the trail followed a woods road up the creek. A yearling bear stepped into the trail about 50 yards in front of us. He heard us, stopped and looked at us, then continued across the trail and into the woods towards the creek.

So we climbed Killington. Two thousand feet of elevation in 4 ½ miles. It took us three hours. The trail on the mountain went through a magical, primeval forest. Tall spruces and firs, with ferns, mosses, and conifer needles covering the ground and the rocks. We were walking through the clouds, too. I would not have been surprised to see hobbits or elves appear out of the mist. The trail itself was one of the roughest we’ve seen so far. It was narrow, hugging the side of the mountain, steep, full of roots and rocks, and wet. Very slow going at times.

When we reached the peak and Cooper Lodge it was still socked in with clouds, so we passed on the steep side trail to the summit overlook, and headed back down the other side.

The next four miles or so were fairly straightforward. We took the Sherburne Pass Trail down to the road, so we’re officially done with the Appalachian Trail. We stopped at Pico Lodge for lunch. It’s an enclosed structure, with windows and a door. We opened the windows and sat inside for a pleasant lunch.

Just below Pico Lodge, the trail opened onto a Pico ski run, followed it downhill for a short while, then turned back into the woods. The signs at those junctions were quite hilarious–warning skiers to stay away from dangerous areas.

On our way down we met a family walking up to the peak. They were amazed that we’d been hiking for days–apparently they’d never heard of long distance backpacking. Seriously. The man and his son took a picture with us.

The last mile or so of trail was steep and very washed out. We were very happy to see the road and the Inn at Long Trail. They treat hikers like royalty. They even gave us clean clothes to wear while doing laundry. And we could sit in the Irish pub (McGrath’s) drinking Guinness and watching the World Cup final while we waited on our laundry. Life is good.

BC: Great morning on the trail. The 3000 foot climb of Killington was reasonably well graded for a change, and we got a very early 6:15am start. Near the summit we got our first taste of the very rocky, rooty trail that we would see a lot of in coming weeks — large rocks and trees requiring 10 or 20 foot steep ascents and descents, making a 100 yard section of trail take several minutes to complete. It really slows us down to a mile an hour or less. Had a nice lunch at Pico Camp, a 4-sided shelter in the woods at Pico Peak.

Got to the Inn at Long Trail at 1:15pm, got checked in, quick shower, and started doing laundry. By this I mean we sat in McGrath’s Irish Pub and had a Guiness draft and watched the final game of the World Cup while our clothes were in the washing machine. Totally awesome. The Inn is great, with all the things a hiker needs. We have a corner room with two windows for cross ventilation. The folks here are friendly and outgoing, especially the bartender Owen, who took care of us (and knew our names the second time we went in the bar.) 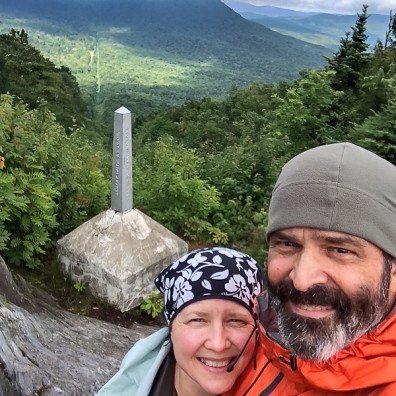 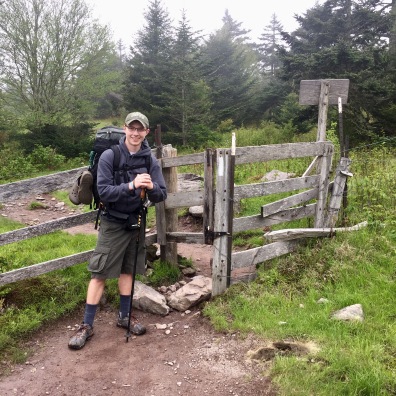 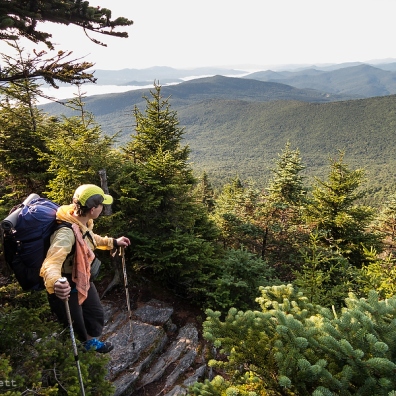 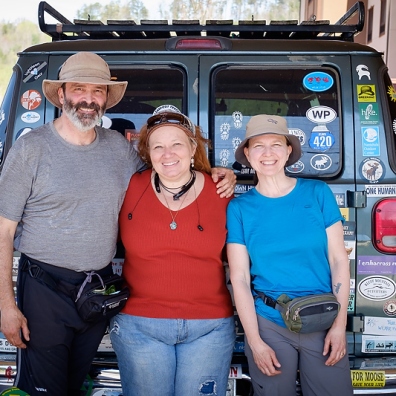 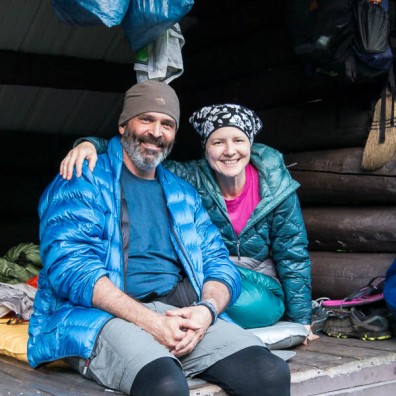 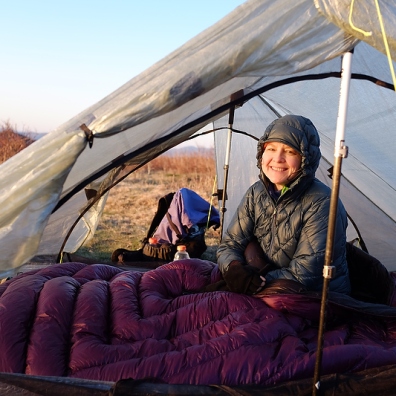